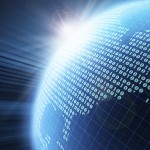 HMRC have now issued their detailed guidance on the digital record keeping and return requirements for Making Tax Digital (MTD) for VAT. VAT Notice 700/22 clarifies that spreadsheets may still be used to keep business records provided that there is bridging software that links to the Government gateway. There will however be a one year … Continued

The government’s flagship Making Tax Digital (MTD) scheme should be delayed until 2020/21 for all taxpayers, according to the British Chambers of Commerce (BCC). VAT-registered businesses with annual turnover of more than £85,000 are due to be the first to go through the transition to digital accounts for reporting VAT only from April 2019. But … Continued

HMRC has delayed rolling out digital services for individuals, such as the simple assessment and dynamic coding changes. The move was announced in an email sent to stakeholders, which confirmed the delay was down to a shift in key priorities driven by the need to free up civil servants for Brexit. Jon Thompson, chief executive … Continued

Small businesses are worryingly underprepared with little over a month to go before new data protection regulations are introduced. The Federation of Small Businesses (FSB) claims 33% of SMEs have not started preparing for the EU-wide General Data Protection Regulation, which takes effect on 25 May 2018. A similar number (35%) have only recently started … Continued

The overwhelming majority of business owners and landlords remain in the dark over making tax digital (MTD), government research shows. Ipsos Mori polled 2,900 small businesses and landlords on behalf of HMRC and found that 71% were unaware of the requirement to submit quarterly updates to the taxman. A further 13% had heard of the … Continued

The Government has amended their plans for Making Tax Digital (MTD) so that under the reformed timetable only businesses with a turnover above the VAT threshold (£85,000) will have to start filing VAT information with MTD-compatible software from April 2019. In this initial phase of MTD, businesses will not need to provide HMRC with information … Continued

The point at which tapering of the annual pension allowance kicks in will increase by £90,000 for both threshold income... ...

Most small businesses in England will pay no business rates in 2020/21 in the wake of the coronavirus outbreak in... ...

01 Apr. 11:06 am
COVID-19 postpones off-payroll extension to the private sector

The Government has delayed extending the controversial off-payroll working rules to the private sector, as the UK fights to contain... ...